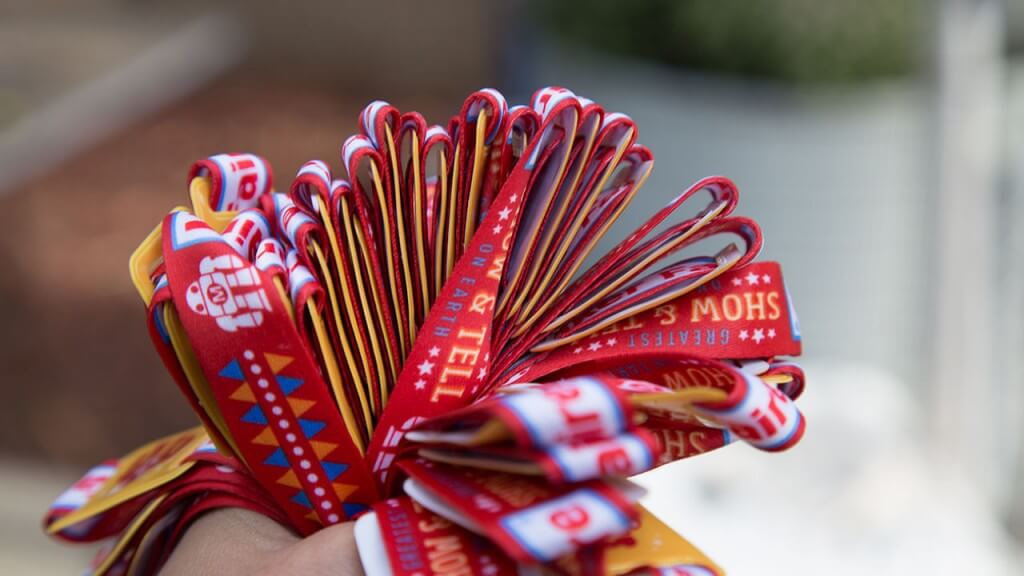 What if the next time you went to a concert or similar event,  you didn’t have to bother with printing or picking up a ticket,  didn’t have to worry about losing the ticket once you entered the event,  and didn’t have to worry about carrying cash or credit cards with you to pay for concessions?  Thanks to the event management platform Eventbrite, such a system is closer than you may think.  Last October,  “the company announced a new option for people planning events through [them]: RFID bracelets.”  Using RFID bracelets instead of traditional paper tickets allows concert goers to simply put on their bracelet and go.

There wouldn’t be an issue with someone’s phone dying and not being able to present an electronic ticket or losing a paper one.  Paying for items such as food or T-shirts would be incredibly easy.  Customers wouldn’t need to bother with credit cards (if they would even be taken at such an event) or cash.  It may seem like a small advantage,  but not having to pay with cash would end up saving a lot of time;  there would be not need to make change.  Making change for one person only takes a few moments,  but do that for an entire line of people and the time starts to add up.  Using RFID bracelets in place of tickets also allows the venue and/or event planning platform to track the flow of people through an event,  meaning they can better plan layouts in the future (such as where to put a portable toilets and concession stands).

Really,  the idea in itself is great and the only down side is that customers can’t print a bracelet at home like they would a paper ticket.  However,  bracelets can be picked up at the venue or received in the mail,  so the process is still incredibly easy.  What I wonder,  though,  is how much would something like this cost?  Tracking such an event  would include the cost of the RFID tags themselves as well as receivers,  at least.  It may not be extremely expensive,  but it is more than compared to paper tickets.  True,  it allows events to track during the concert itself and not simply act as a check point for goers to enter.  But I wonder if someone planning an event would really see it as that much more of a benefit to pay the extra price.  Perhaps after a few events using RFID wristbands in place of tickets,  a clearer answer will emerge.

Personally,  I think the idea is great and would much prefer to wear a tagged bracelet over having to keep track of a paper ticket.  I’m one who always thinks of “what if’s”,  and a big stress factor for me at concerts is what if,  for some reason,  I have to leave and then come back in.  And if I have a paper ticket,  what if I lose it?  Or what if I have an electronic copy on my phone and the battery dies?  With a bracelet,  as long as I don’t cut it off I’ll be good.  Being able to pay with my RFID bracelet also really entices me.  I can’t tell you how many times I’ve been at an event,  waiting in line to buy a drink and it seems to take hours.  When I finally get close enough to the front of the line to see what’s causing the hold up,  it almost always is someone trying to pay with a card that the venue doesn’t accept and they’re fishing around in their pockets to find cash,  or someone who has gotten to the front of the line and doesn’t have enough cash to pay,  or someone asking for all of their change in ones and quarters.  But with a wristband it’s an easy scan and done!

The idea is clever and technology flawless.  The real question is whether or not event planners will see the benefit of paying a little bit extra,  and the answer won’t come until a few are brave enough to try.